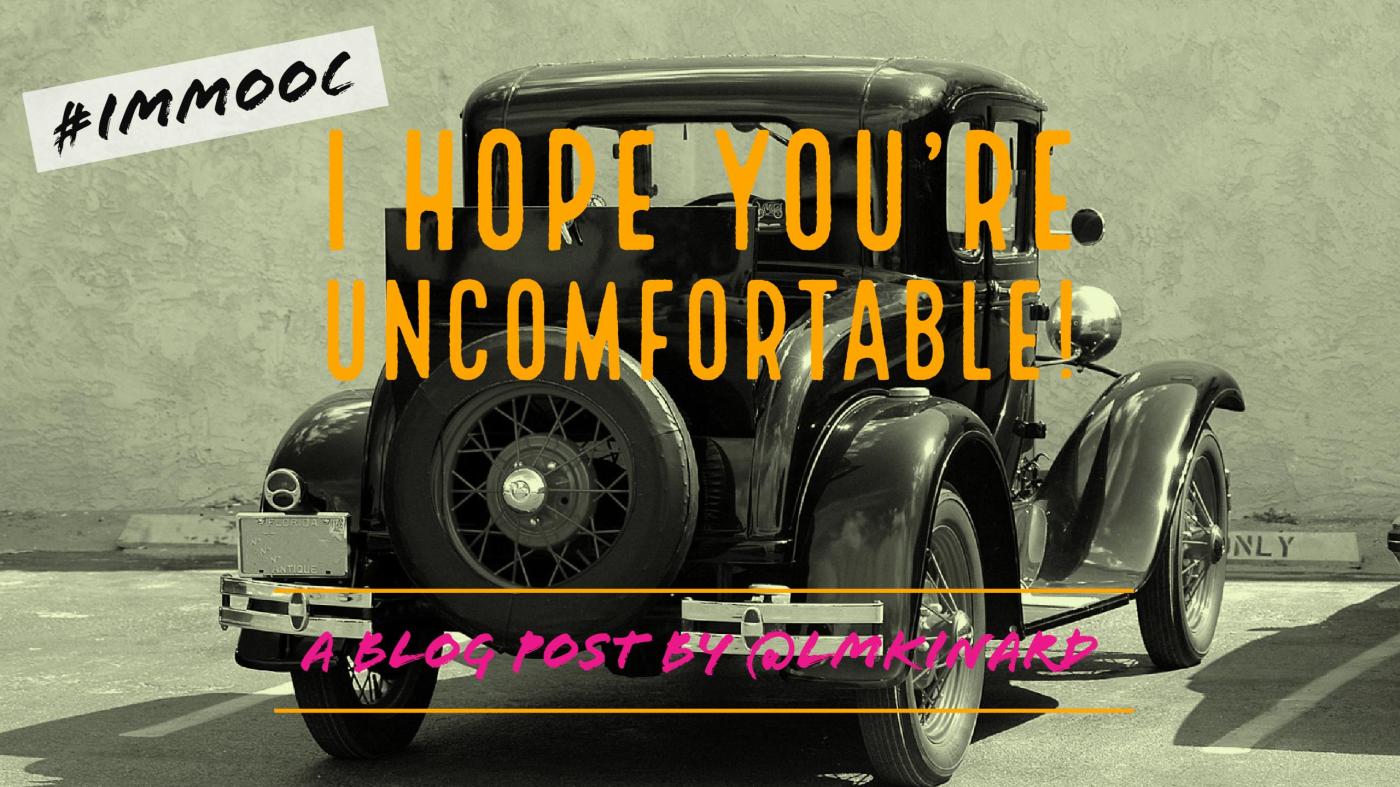 Greek philosopher, Heraclitus, was known for his ideas on change. One of his most famous quotes is “Everything changes and nothing stands still.” From this idea, he is attributed with the widely shared quote “Change is the only constant in life.” Heraclitus lived thousands of years ago and yet change is still a struggle for many. If you believe in having a growth mindset, you believe that change is necessary for growth. Learning new ideas produces changes in thinking which then produce changes in behaviors, attitudes, and actions. But maybe that’s why change is so hard. Once we learn these new ideas there is an internal tug of war that ensues between what we’ve known and what we now know. That tug of war is the “uncomfortableness” that comes with change.

Being uncomfortable isn’t a bad thing. As a matter of fact, I hope you are uncomfortable! When we challenge ourselves to grow, be better, or even to unlearn bad habits or ways of thinking – that’s hard! It’s uncomfortable. Greatness requires challenging the status quo and busting out of comfort zones to embrace change. My Women in Leadership PLN recently read Lolly Daskal’s book The Leadership Gap. In that book, Daskal tells the story of Edsel Ford, son of Henry Ford – the founder of Ford Motor Company. She tells how many people don’t know that it was Edsel and not Henry that saved the company from failure. Henry Ford designed and made the Model T which was revolutionary in its time. However, more competitors emerged and continue to design newer cars with different features and styles. Ford continued to make the Model T. Edsel Ford new it was time for innovation and time for change. He persuaded his father to move away from the Model T’s original design and expand their thinking of what Ford vehicles could become. This was no easy feat to convince his father to step away from a successful product and take a chance on something new. Edsel embraced change and affected the trajectory of his family’s company. We have the opportunity to embrace change and impact a life. Our temporary discomfort is a small price to pay to save a student’s life. Get uncomfortable today! Embrace change and look for ways to innovate. #IMMOOC

Leslie is an educational leader in the Piedmont Triad region of North Carolina. She works with administrators, teachers, and students to promote academic growth for all students. She is passionate about education, leadership, and social justice. She has dedicated her life to learning and continuing to grow as an individual and contributor to her community and the world.

One thought on “I Hope You’re Uncomfortable #IMMOOC”